Rhino Peak Challenge out to break more ground in 2018 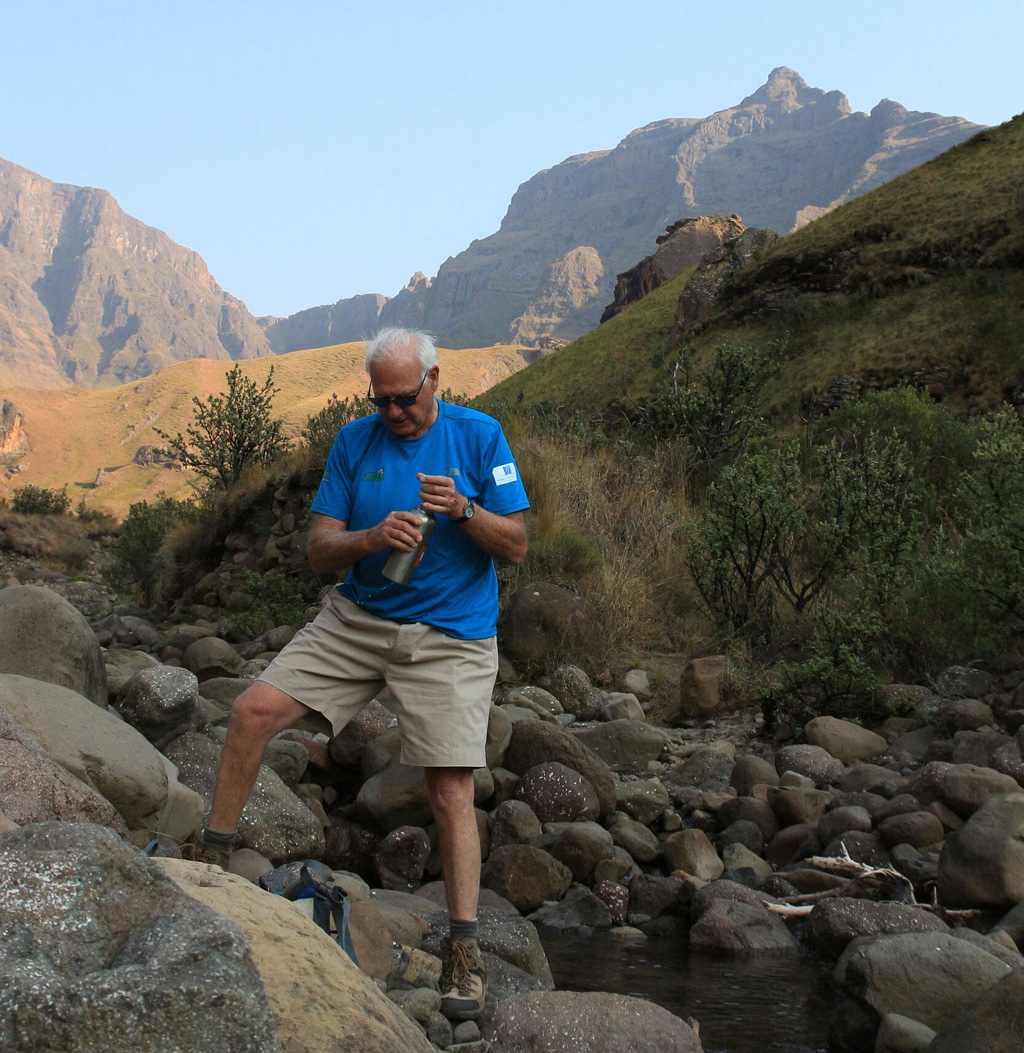 When the world celebrates World Rhino Day on 22 September, a group of elite athletes and people of influence will raise money for the conservation of rhino and other endangered species by taking on the annual run and hike up the iconic Rhino Peak in the Southern Drakensberg.

This year ten elite athletes will take on the challenge and will use their wide reaching influence to attract pledges from the general public as they try to raise as much money as possible in aid of the rhino and the Bearded Vulture, which inhabits the Rhino Peak itself as well as large parts of the Drakensberg.

Amongst the elite athletes are the likes of Rory Scheffer, who is an athlete with conservation particularly close to his heart, looking to chase the Fastest Known Time that was set by Kane Reilly in 2017 – a record that he held in 2016.

There will be a number of newcomers to the 2018 event with the likes of local Phillip Shezi, who is a multiple Comrades Marathon medallist, former SA Long Course Trail Champion Johardt van Heerden, UCT student Robert Rorich and Gijima Trust athlete Mlungisi Mzibuko.

From a ladies perspective, Toni McCann, Noami Brandt and Linda Doke will be taking on the challenge. All three have impressive records with McCann winning the Sundowner Run, part of the Ultra-Trail Drakensberg.

Doke’s record includes victories in five of the six 100 Milers that she has taken part in as well as being the mixed record holder, with Ryno Griesel, for the Drakensberg Grand Traverse.

Brand’s pedigree is equally impressive with the West Coast star claiming the women’s titles in both the Karkloof and Addo 100 Miler races in 2017. She also represented South Africa in the Trail World Championships this year.

There is a wide ranging group of influential people that have been selected for this year’s event. From sports related people to adventurers, conservationists and celebrities the event will be hoping to better the 2016 record of R320 000, and aiming at a goal of R500 000.

One of the most high-profile names taking part this year is famous adventurer Sibusiso Vilane. Vilane has an incredible resumé which includes, amongst many other things, being the first black person to scale all seven summits – as well as twice summiting Mount Everest.

Included in the people of influence are international rugby referee and well know event organiser Stuart Berry, KAP sani2c founder Glen Haw, who will be back for his third RPC, as well as current Mrs South Africa and adventure enthusiast Nicole Capper.

There will be a number of influential conservationists taking part including Operations and Co-Ordinations Manager for Ezemvelo KZN Wildlife Nkosinathi Ntoyi, Co-Founder and Chairman of Wildlife ACT Johan Maree, Veterinarian and Head of Clinical Development and Regulatory Affairs, Bayer Animal Health Dr Clinton Austin and Jacques Flamand from the World Wildlife Fund.

This year will see the introduction of a team from Rhino Africa. Rhino Africa provides tailor-made tour packages for people in Africa. They will field a five-person team to take on the challenge.